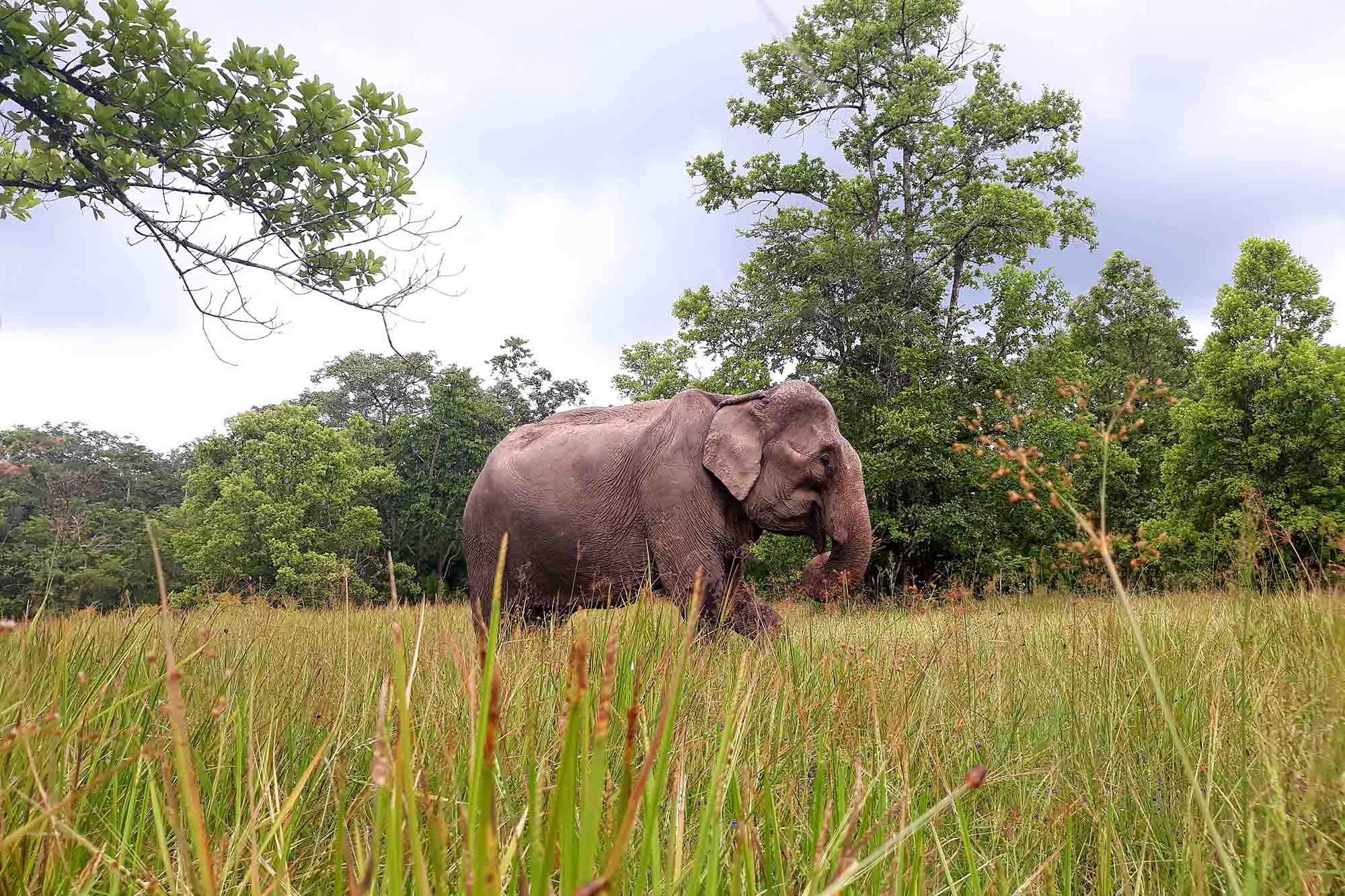 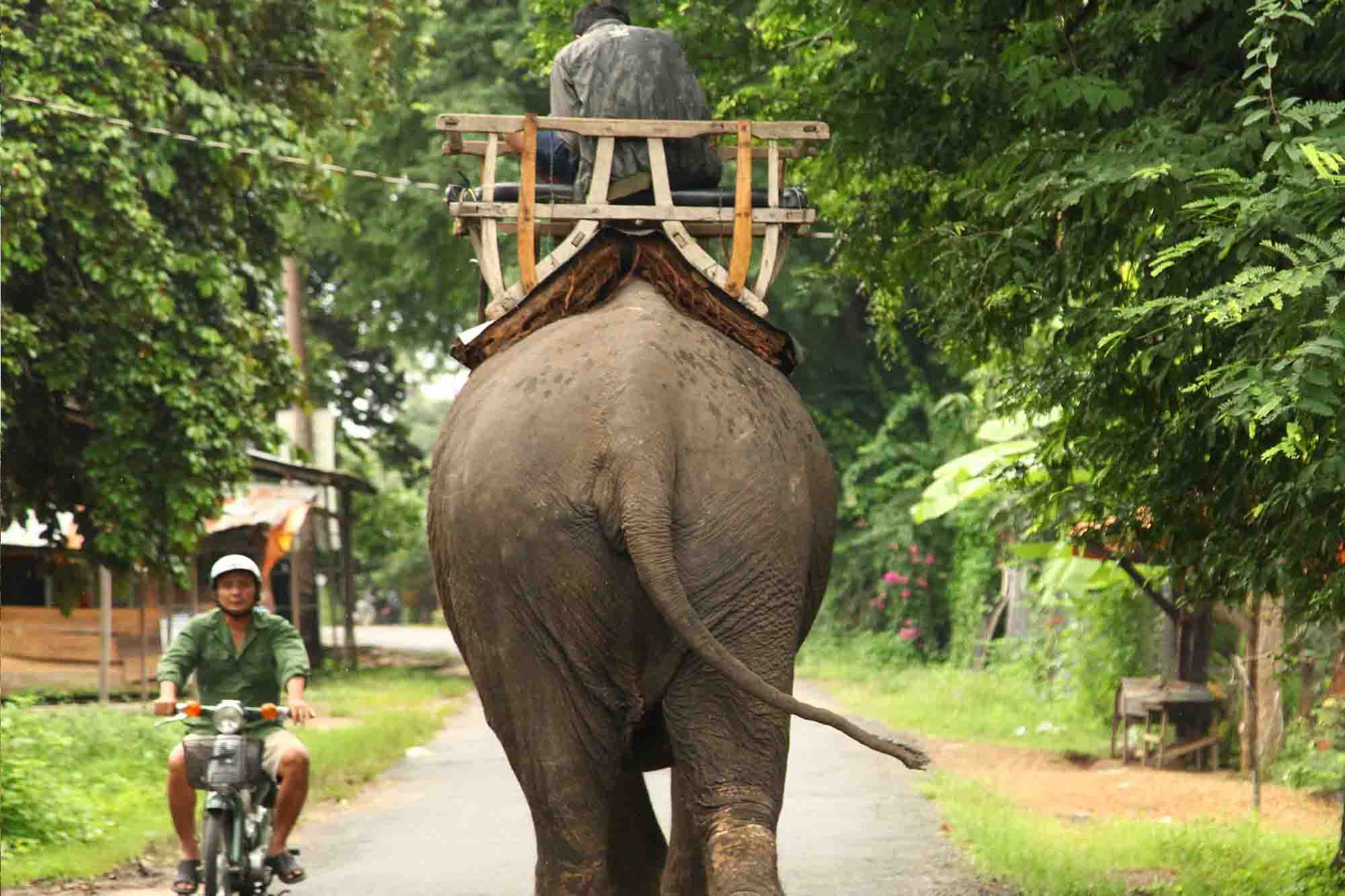 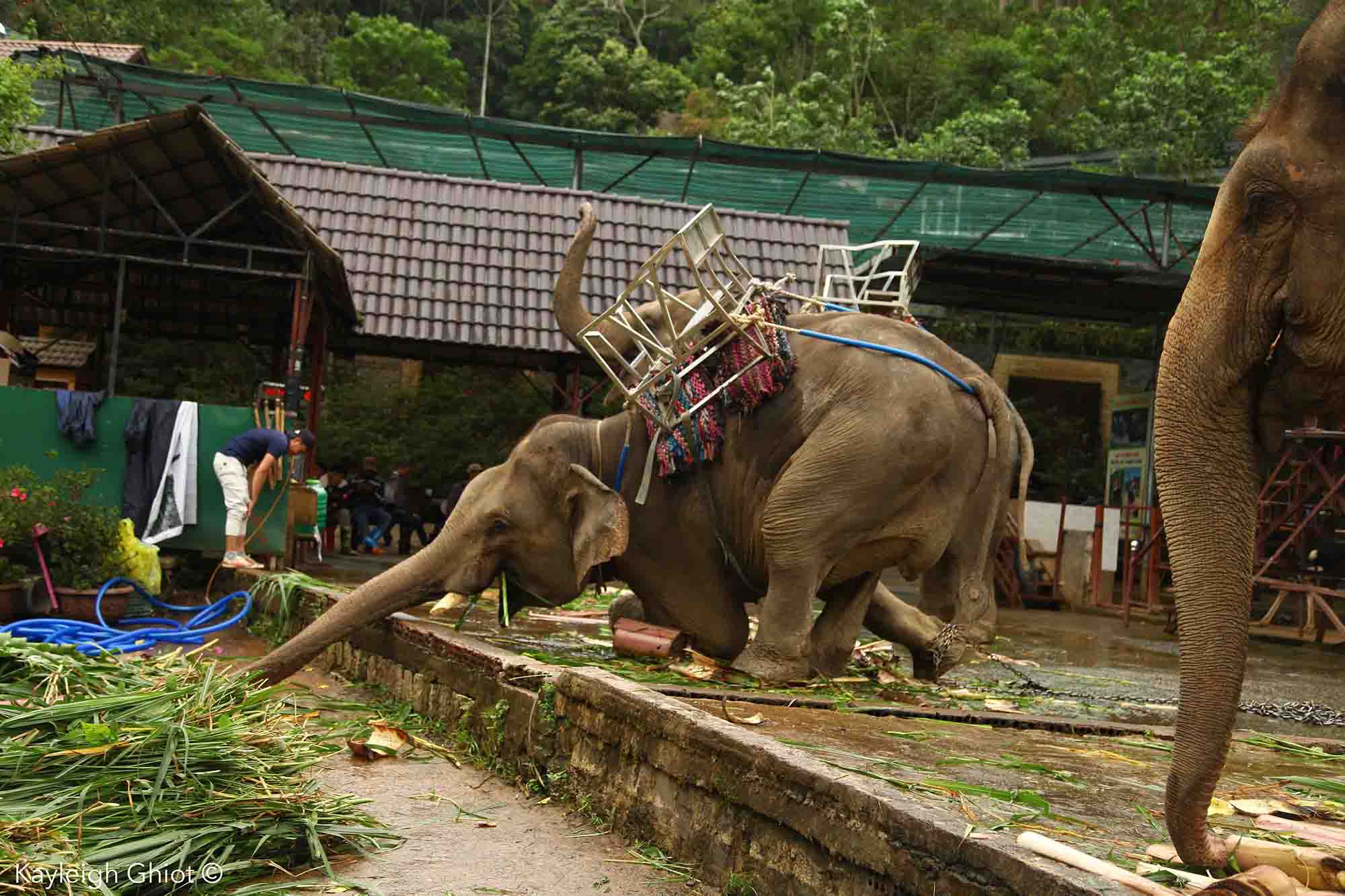 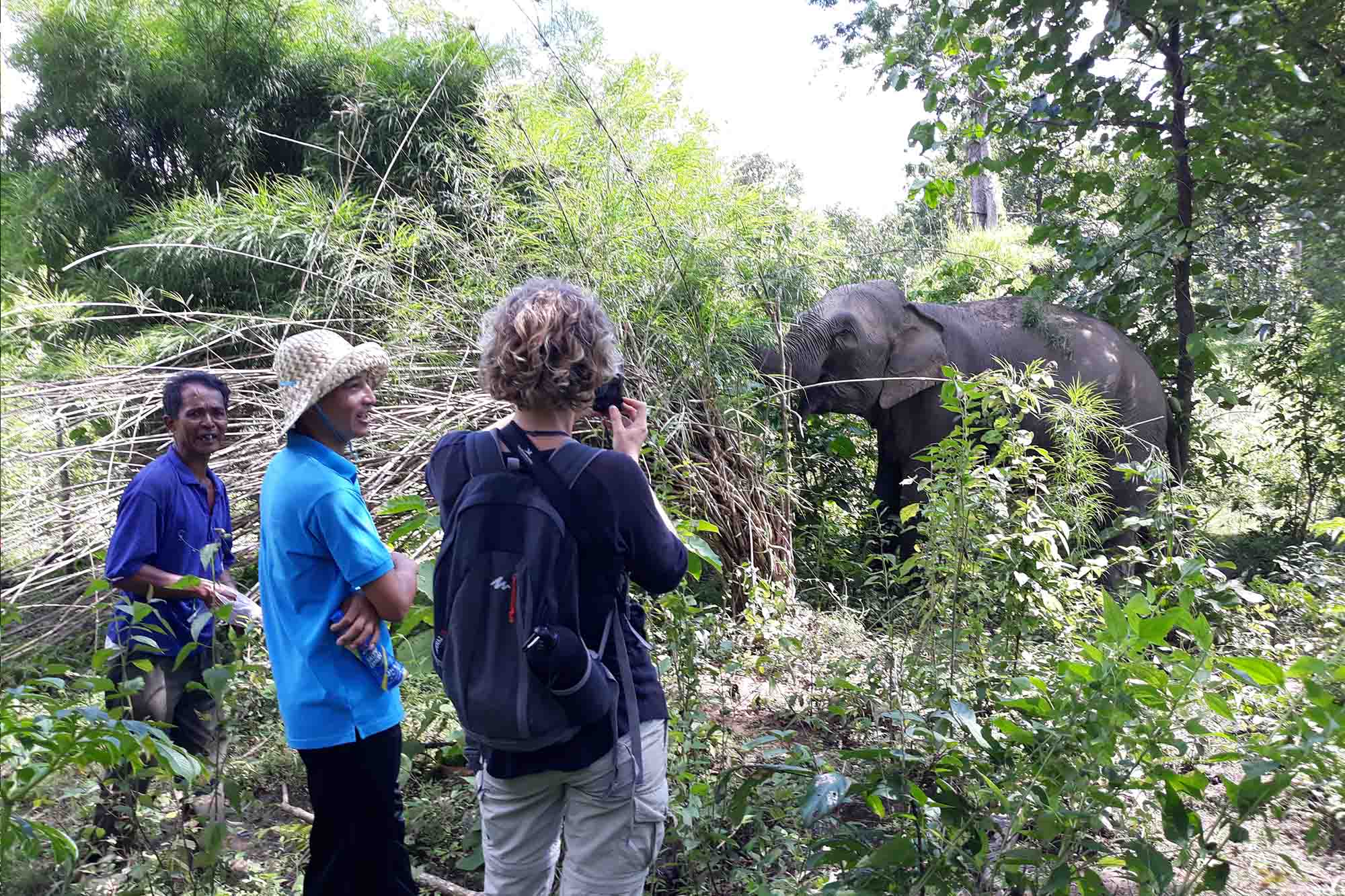 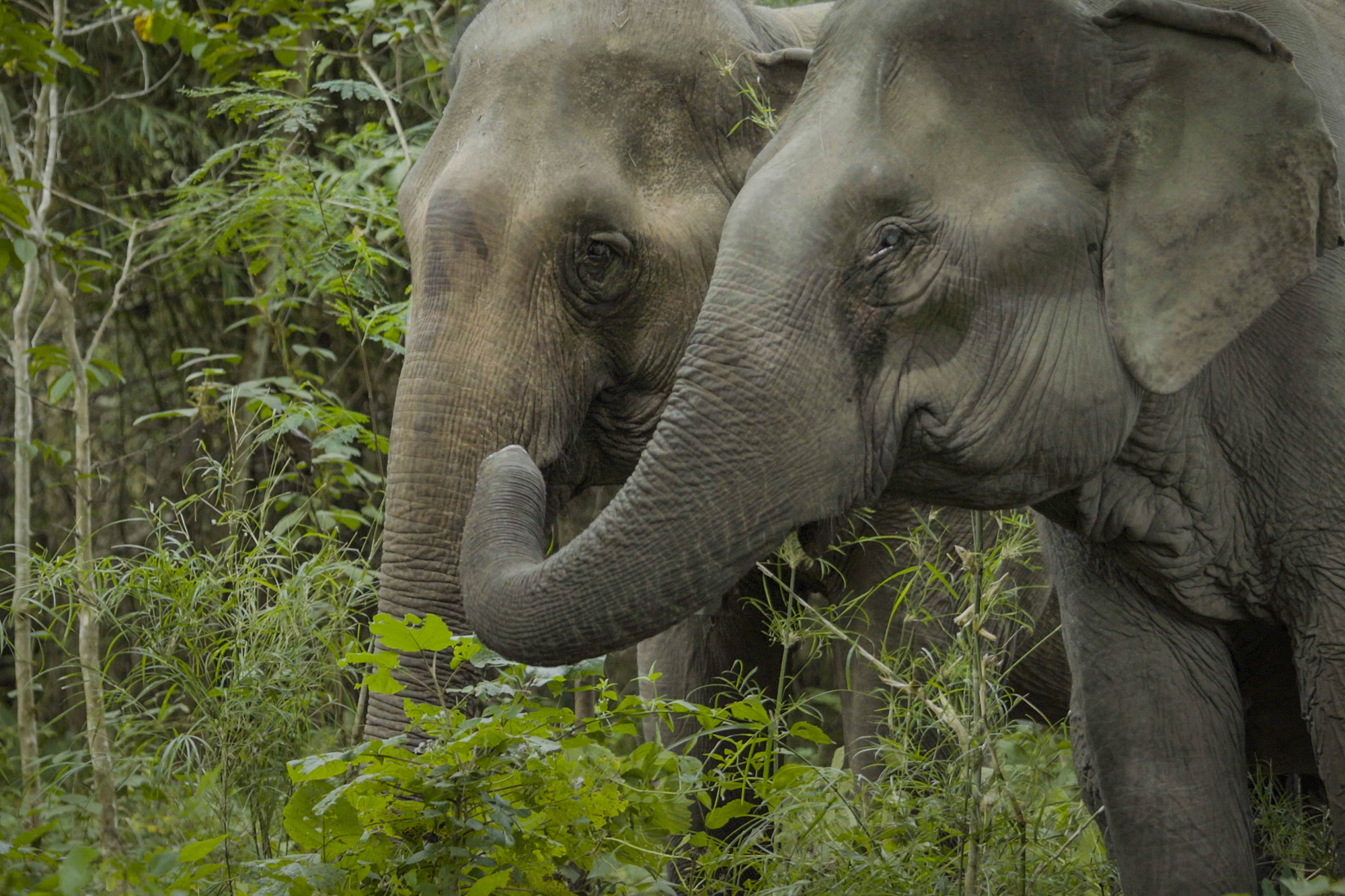 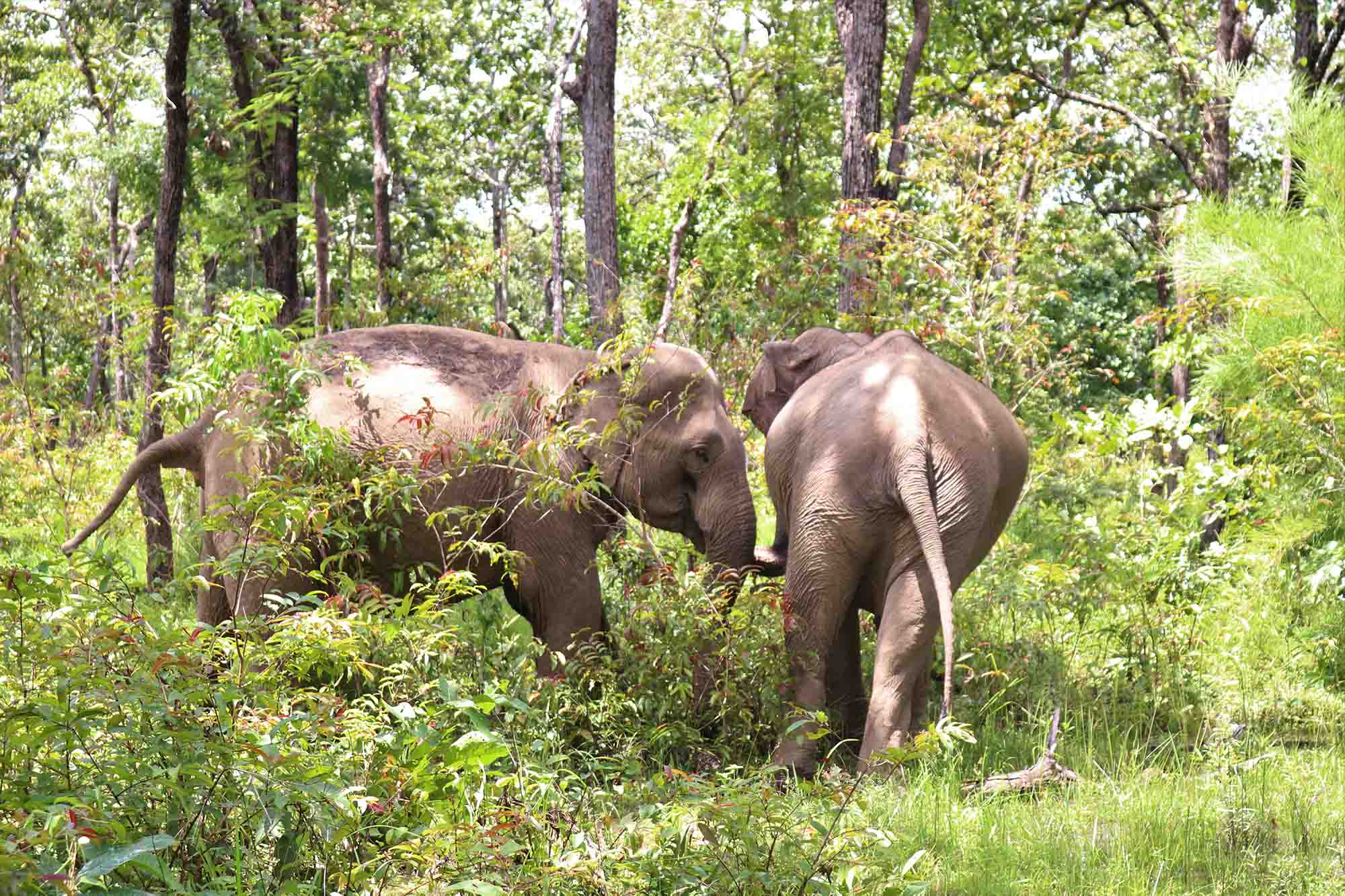 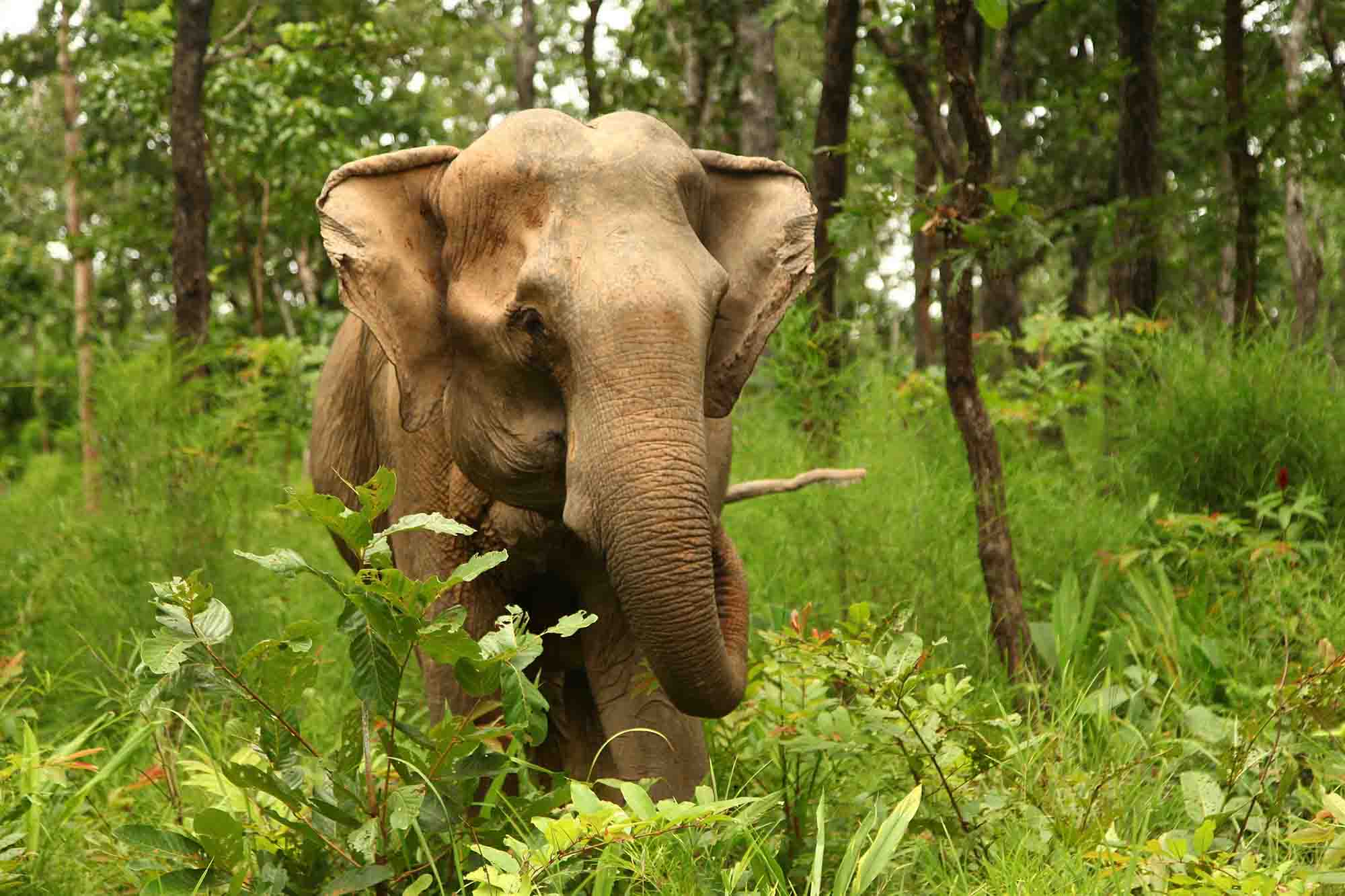 Since 2018 Animals Asia, with the support of the Olsen Animal Trust, has been running the only Ethical Elephant Tour Initiative in Vietnam at the Yok Don National Park.

At 115,545 hectares Yok Don National Park is the largest of Vietnam’s natural reserves and is home to wildlife including leopards, red wolves, muntjac deer, monkeys, snakes and wild elephants.

The park is located in the Buon Don district in the province of Dak Lak, where the majority of tourist riding camps in Vietnam operate. The park offered elephant rides to tourists for many years, but had started to sense a growing government and community concern for elephant welfare.

Riding elephants spend their days on short chains with little access to food or water. During rides they are under the strict control of their mahouts, the threat of punishment from a bullhook if they don't obey is ever-present.

Elephant riding was banned in Buon Don after a tourist was seriously injured during a riding incident. In 2018 the Yok Don National Park signed an agreement with Animals Asia to end all their elephant riding and contact activities, and open the country’s first ethical elephant tourist destination.

Tourists can now trek into the national park with a guide to follow and observe the elephants who roam, forage, play and socialise with each other and express many of their natural behaviours, some for the first time.

Find out more about this incredible initiative or how you can visit: Ethical Elephant Tours

The most recent resident of the park is 46 year old female elephant H’Plo, which means ‘Twinkling’. She had been a working elephant for most of her life and in the last ten years had been part of a group of riding elephants.

H’Plo’s owners agreed to transfer her to the Yok Don National Park, bringing her life of work to an end and providing her with the freedom to roam every day.

H’Plo has had to adjust to her new life after decades of being told what to do and where to go, such as learning about all the new foods available to her and realising that she doesn’t have to give rides anymore.

She has been reunited with an old friend from a riding camp, a female elephant called H’Non. The pair recognised each other instantly and are now spending a wonderful time together in the forest.

Click here to read all about H’Plo’s moving and inspiring journey.

Will you help us bring an end to the suffering of captive animals like H’Plo?

Elephant riding and the risk of extinction in Vietnam

Animals Asia works tirelessly to bring an end to elephant riding and prevent the extinction of the Asian elephant in Vietnam.

There has been a sharp and rapid decline in the number of wild elephants in Vietnam. Today, there are 100-150 wild elephants left in the country, a critical level. They are at risk from poaching, human-elephant conflict, habitat loss for agriculture and deforestation.

As of March 2021 there are 38 captive elephants within the Dak Lak Province all linked to the tourism industry. There are 36 other captive elephants spread over the rest of the country. If more tourists visit the ethical elephant initiative at Yok Don and turn away from riding, more mahouts could be encouraged to release their elephants to ethical programs like ours.

We would like to thank the Olsen Animal Trust for their support, for transforming the lives of these elephants and for standing side by side with Animals Asia as we work to end elephant riding in Vietnam forever.

And we want to thank YOU, our amazing supporters, for your unwavering support, love, compassion and generosity. We literally couldn’t do any of this without you.

You can help save even more elephants

Together we can rescue, rehome and rehabilitate so many more animals who need our help. By becoming a monthly donor you will end the suffering of animals like H’Plo and her friends for many years to come.